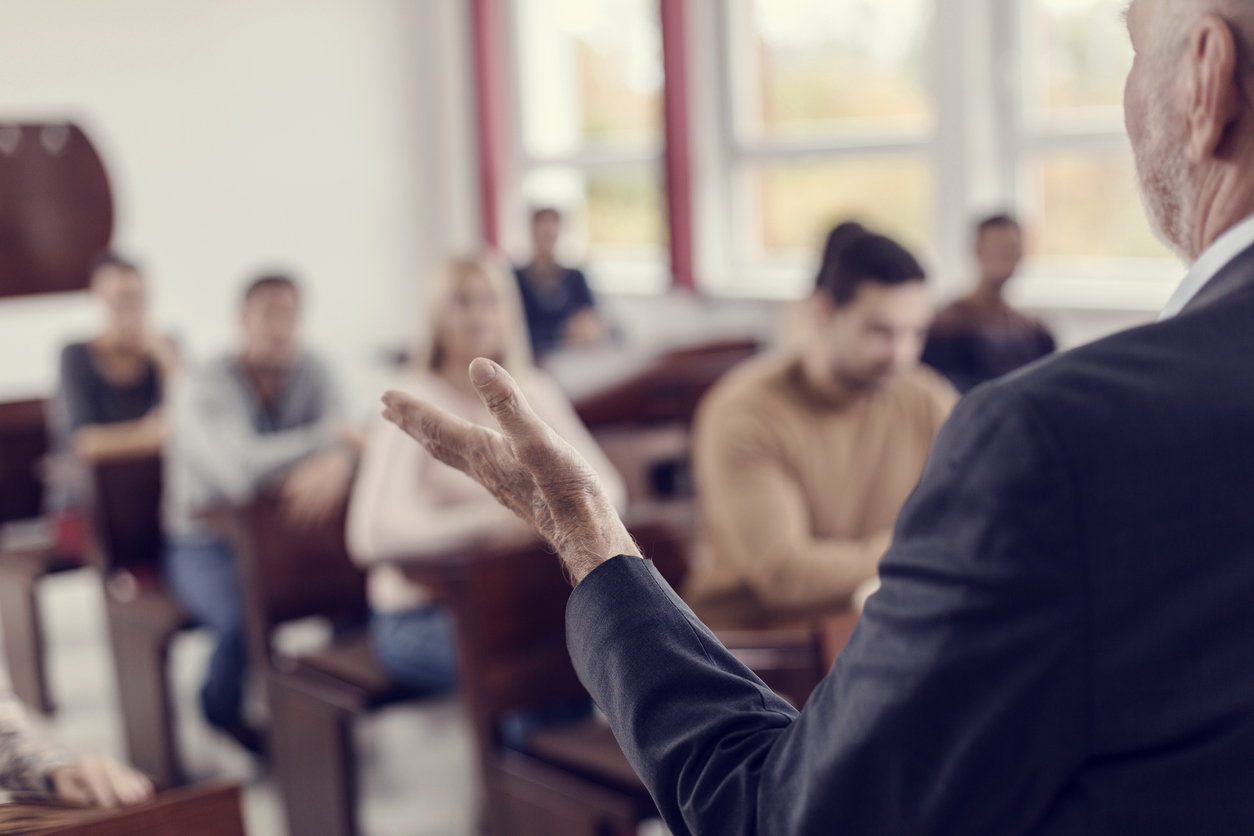 The temptation of sexual sin does not discriminate. It has the power to overtake Christians and non-Christians alike, but there is hope. Professor Mark Muska from the University of Northwestern speaks to anyone who might be struggling with the sexual sin of pornography.

“There are so many men and women that are trying to take this on themselves and get completely defeated. It’s almost like the secret sin; you don’t even want to share it with God, much less anybody else.”

An important step to overcoming sexual sin is reaching out and asking for help.

“Reach out. If you have a good brother or sister in Christ that you can confide in, if for nothing else, for prayer, support, and encouragement. It’s so easy to get into a cycle of defeat and then you just get weaker and weaker and down you go, it’s like going down the drain. There’s a need for strength here and for mutual encouragement.”

He adds that knowing God’s Word is critical in our battle with sin and temptation of any kind.

“There’s all kinds of promises in the Bible that we can reassure us that God is with us and we don’t have to be defeated by these sins.”

“One of the ones that is a great memory verse that you might want to remember is 1 Corinthians 10:13,

‘No temptation has overtaken you except what is common to mankind. And God is faithful; he will not let you be tempted beyond what you can bear. But when you are tempted, He will also provide a way out so that you can endure it.’

“What a great verse to keep in mind and to look for that path of escape when the temptation comes.”

Professor Muska emphasizes the critical difference between temptation and sin.

“It might be worth saying, too, there’s a difference between temptation and sin. We all get tempted; I don’t think we have to feel guilty about that. It’s what you do in response to the temptation that leads to either sin or resisting sin.”

“One preacher said, ‘you can’t stop the birds from flying over your head, but you can keep them from building a nest in your hat.’ We’re going to come across these kind of things and we’re going to be affected by them.”

He reiterates the importance of turning to Scripture and the promises of God to help us resist temptation and sin.

“I don’t know how else a person can hope to overcome any sin. What I would recommend for all of us is to begin to fill our lives with the Word of God. David says,

“To memorize the scriptures, to fill our lives with the scriptures, to meditate upon them. If you’re struggling with sin, no matter what sin it is, if you’re not filling your life and replacing those sinful patterns and thoughts with the word of God, I think it’s a dead end. We must be aggressive and active in doing that to overcome sin.”

In the struggle against sexual sin, it’s important to know that there is a way out. God’s Word is living and active and can help us resist any sin or temptation that may come our way.

Ask the Professor: On the third Thursday of every month we invite Bible professors from the University of Northwestern into the studio and open the phone lines for your questions on the Bible, faith, and the church. Call in during the live show, or submit your questions via email on Connecting Faith’s show page.