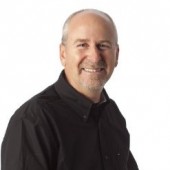 Phil Callaway is an award-winning author and speaker, known worldwide for his humorous yet perceptive look at life. He is the best-selling author of 24 books including Laughing Matters, Who Put My Life On Fast Forward? I Used to Have Answers…Now I Have Kids, Making Life Rich Without Any Money, and Family Squeeze. His daily radio program Laugh Again is broadcast across North America, the UK, and English-speaking Africa. Phil’s writings have been translated into languages like Polish, Chinese, Spanish, German, Dutch, Indonesian, and English (one of which he speaks fluently!)

He speaks 100 times a year around the world. Phil’s list of accomplishments also includes shutting off the TV to listen to his children’s questions (twice), taking out the garbage without being told (once), and convincing his high school sweetheart to marry him (once). Described as “Dave Barry with a message,” Callaway is a popular speaker for corporations, conferences, camps, and marriage retreats. He is a frequent guest on national radio and television, and partners with Compassion, an international child development agency. Phil’s writings have won more than a dozen international awards. His 5-part video series The Big Picture is being viewed in 80,000 churches worldwide.

Callaway was editor of Servant magazine, which he helped start in 1989 with the goal of encouraging, edifying, and educating readers. A general interest magazine, Servant is now read in more than 100 countries. Phil is a syndicated columnist and has published hundreds of articles.

Thanks Dad and the 1.7 million Canadians who enlisted in both world wars. Mom and Dad often spoke of the classmates… https://t.co/pxWC7x6sew