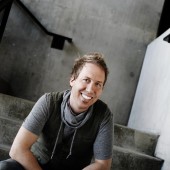 While working in a nightclub as a rave-dj, Peter challenged the God of the Universe to “reveal himself” in an unmistakable way. Only seconds later, God responded to him with a jaw dropping Gospel encounter that shook the foundation of his life.

Since converting to Christianity on the spot, Peter has traveled the world, sharing his radical story and calling others to experience the same joy and power. After pastoring in Wisconsin for a decade, Peter relocated to Minneapolis, Minnesota in 2004 to plant an arts-oriented church called Substance. Within a few short years, Substance became one of the fastest growing and most youthful multi-site mega-churches churches in the United States. Over 70% of the thousands who participate in their community are under 30 years old and over 41% of their congregation did not attend church or have a relationship with God even two years ago.

Both Peter and his church are known for their appeal to artists, intellectuals and un-churched 20-somethings. Not surprisingly, Substance’s innovative approaches to worship, film, and church methodology have garnered international attention.

Peter also speaks to church planters and pastors all over the globe as he serves on the lead team of the Association of Related Churches. With a unique blend of comedian, futurist, nerdy researcher & Bible teacher, Peter released his first national book in 2012 with Influence Resources called Pharisectomy: how to remove your inner Pharisee and other religiously transmitted diseases. The strange mixture of comedy and spiritual growth launched Pharisectomy to become a best seller on amazon.com.

Beyond family & church, his next greatest passions are music, film & comedy. Playing just about every instrument from cello to electric guitar, Peter spends most of his free time in his recording studio spinning EDM on his turntables or scoring classical film soundtracks. Peter currently resides in Minneapolis with his wife Carolyn and their three kids. 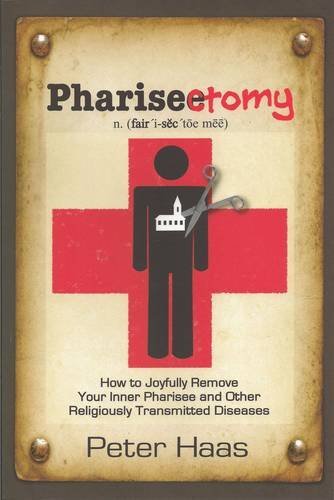 Pharisectomy: How to Joyfully Remove Your Inner Pharisee and other Religiously Transmitted Diseases 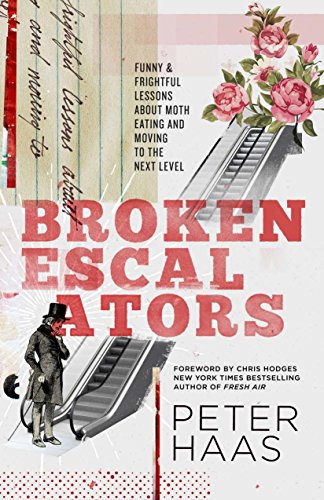 Broken Escalators: Funny & Frightful Lessons About Moth Eating and Moving to the Next Level

The pain of regret lasts far longer than the pain of self-discipline.

The sooner we realize God's priority is building US more than our dreams, the sooner God will work on our dreams in… https://t.co/cMWZS051fR

If people don’t believe change is possible, they’ll often interpret OUR freedom as judgment. Thus, the pursuit of f… https://t.co/bMqtGS9i6V