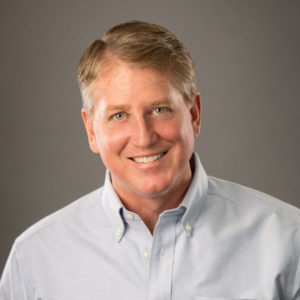 Parenting in the 21st Century

Parenting in the 21st Century exists to help parents when they hear a voice inside that says there must be a better way.

Today, parents are seeking positive ways to parent that will keep them close to their kids, avoid the battles, and see their kids motivated to achieve their full potential.

Revive Family comes alongside families with research, programs, implementation support, coaching, and scholarships that help establish encouraging, cooperative, and motivating families that result in amazing kids!  They have seen incredible turnarounds in traditional families, single parent homes, blended families, and families with adopted kids.  If you need to talk to someone do not hesitate to contact them.

Jeff Schadt is a devoted husband and father of four kids age 9 to 22.  Jeff’s passion for youth began with his first position following college, when he served as a college ministry leader at Oregon State University and Northern Arizona University.

Jeff held positions in the corporate world from 1990-2002 including vice president of MDI and president of Appointmentzone Inc.  In 2002, after encountering a number of set backs that changed Jeff’s life, he started seminary where he received a Masters Degree in Leadership.  His time in seminary put him back in touch with college ministry leaders where the dramatic increase in the number of kids leaving the church was profound and grabbed Jeff’s heart.  This is where Revive Family began.  Jeff interviewed thousands of students about their lives, faith, church experience, and family, which lead to Jeff’s first book Going, Going, Gone.

Jeff describes the research as a challenging journey for him as a father.  Talking with kids brought him face to face with the conclusion that he looked nothing like Jesus to his own kids.  The research explained why his oldest Heather had begun to shut down by age seven and why at age nine she was hiding things, defensive, and reactive.  This lead to more research and in depth study that resulted in Jeff and Deedee making a dramatic shift from the traditional parenting paradigm they believed in and had used for years.

As they began to implement concepts Jeff found in his in-depth study of Jesus leadership style,  Jeff and Deedee were shocked and elated at see how quickly their oldest daughter’s heart returned to them and restored the kind child they once knew.

This dramatic change caused Jeff to alter his focus from the loss of youth to helping families avoid what he saw happen in his home and research.

Jeff found that number one factor in kids making poor life decisions and leaving the faith was tied to the subtle breakdown in the parent child relationship. This is the reason that Jeff and Deedee are so passionate about helping families with the Influential Parenting paradigm they discovered.