Jenny Simmons is a dynamic storyteller and people lover who sees God’s redemptive hand at work in the world around her. She is a sought-after musician and speaker that has garnered a devoted blog following for her whimsical and hopeful writing style. Whether she is performing at a music festival, leading a congregation in worship, speaking, writing or relating to a room full of moms, Simmons infuses her laugh-out-loud, painfully honest and relentlessly hopeful view of life into all she does.

After a wildly successful Kickstarter campaign, Jenny is releasing a new E.P., To Be Well, alongside her highly anticipated debut book, The Road to Becoming, this fall. Both come on the heels of Simmons’ 2013 full-length album, The Becoming (FairTradeServices), which deeply resonated with men and women of every age who were undergoing seasons of unraveling and change. Their stories inspired Simmons to pen her own journey of loss and redemption in a memoir-styled, compassionate guide for anyone walking through a season of heartbreak, change or waiting

As the lead singer of the former band, Addison Road, Jenny traveled the country with her husband Ryan and their bandmates, who originally met as students at Baylor University. For over a decade they created albums that reached millions of people world-wide and dominated Christian radio charts with singles in the top ten for over sixty weeks. Lyrics to the band’s most popular songs such as Hope Now, What Do I Know of Holy, Fight Another Day, All That Matters and This Little Light of Mine shaped a generation of Christian music listeners with their profound message of hope and redemption.

Jenny and Ryan have been married for thirteen years and do life together with their daughter, Annie, in Nashville, TN. When not traveling, you will find Jenny on the back porch with a cup of coffee, watching the birds. You may also find her using excessive amounts of glitter with her daughter, reading memoirs, eating at a Mexican food restaurant, or enjoying the company of friends, neighbors and family. Jenny’s hope is that people will leave her presence feeling as though they have met a friend and been reminded to look for life’s everyday holy moments. 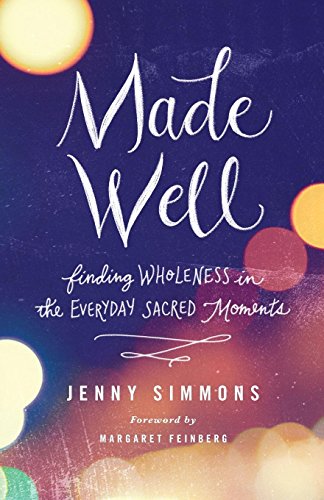 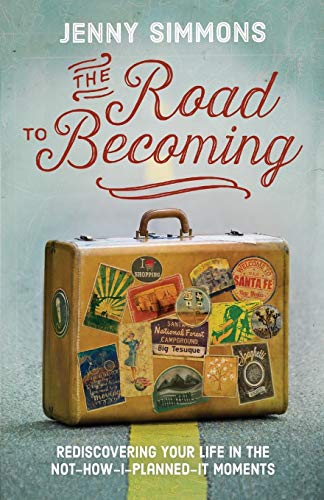 The Road to Becoming: Rediscovering Your Life in the Not-How-I-Planned-It Moments