Erick Schenkel, Ph.D., serves as Executive Director of Jesus Film Project®. He has been working in ministry since he graduated from Harvard College in 1974 and subsequently led
a team that established a church and elementary school in Massachusetts.

During his time leading this church, Dr. Schenkel returned to Harvard and obtained two master’s degrees and a Ph.D. in the Study of Religion.

After 25 years of pastoral ministry, Dr. Schenkel and his wife Elizabeth sensed God’s calling to plant churches overseas. With four of their five children, they moved to Central Asia, built relationships and showed the JESUS film hundreds of times in their home. While in Central Asia, Dr. Schenkel served in the fields of education and economic development for 11 years, working as a church planter from 1996 to 2007 and then served for 5 years in Central Asia as a Strategy Director for Campus Crusade for Christ working alongside Jesus Film Project teams.

Living in Central Asia, the Schenkels experienced several home break-ins. During one invasion, men in black hoods and running suits entered their house around 4 a.m. and beat both of them, causing them to be airlifted out of the country. Despite this violent tragedy, the couple felt the need to return to their commitments in Central Asia to continue building up young believers and churches within the community. The Schenkels remained in Central Asia until the beginning of 2012.

With more than three decades of experience in pioneering ministries, the Schenkels moved to Orlando, Florida in April 2012 and Dr. Schenkel began his role as Executive Director of Jesus Film Project, succeeding Jim Green and founder Paul Eshleman.

Dr. Schenkel shares details of his remarkable ministry journey and the life-changing message of JESUS in his new book, Everyone, Everywhere, releasing May 23, 2017. 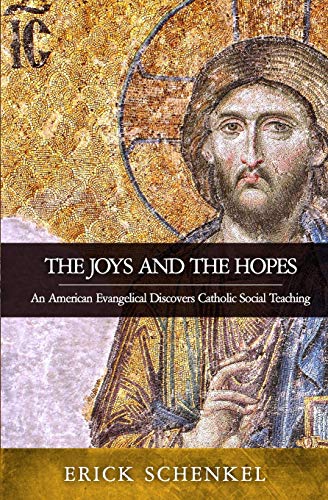 The Joys and the Hopes: An American Evangelical Discovers Catholic Social Teaching 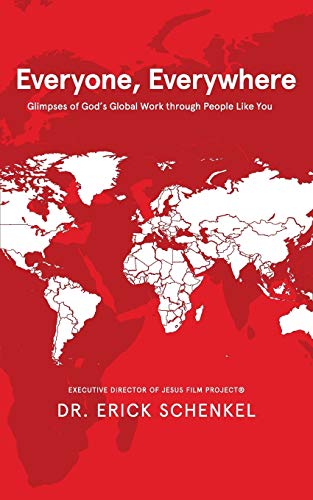 Everyone, Everywhere: Glimpses of God's Global Work Through People Like You