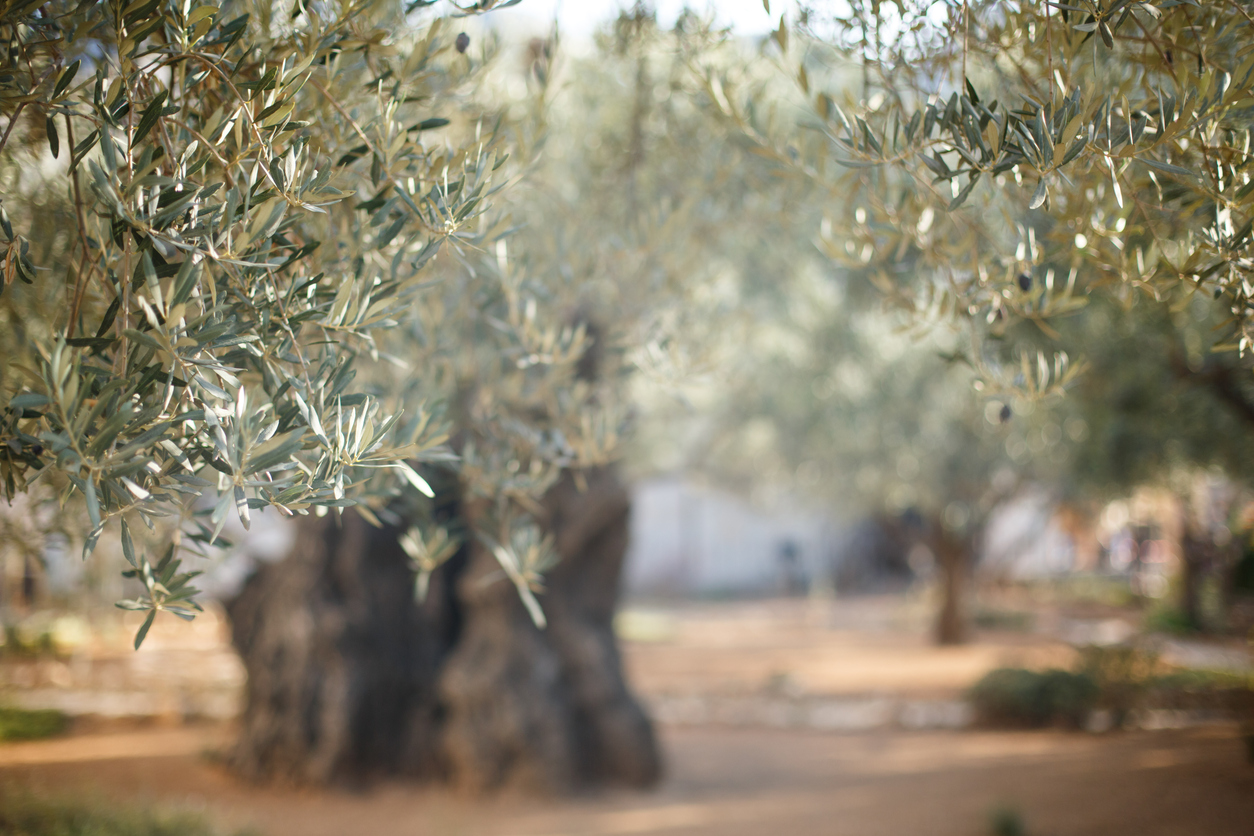 “Gethsemane doesn’t mean anything at all until you realize that was genuine anguish and suffering.”

Singer-songwriter Michael Card has spent his life crafting music around the cross and sacrifice of Jesus.

Picture a darkened garden. Several men are curled up under trees sleeping while a short distance away, their Rabbi, Jesus, is pleading with God in prayer. He’s about to step into His ultimate calling as a sacrifice for sins. He is not surprised by this calling. Since eternity past, this has been the plan. Yet Jesus struggles with the reality of what’s to come.

“That makes a lot of us uncomfortable, to even think that this was a struggle for Jesus. It was the genuine struggle that caused Him to sweat drops of blood.”

Jesus is tempted. Will He choose to submit? The great victory over the temptation comes with a single line found in Luke 22:42.

“There would have never been a cross if there had not been a Gethsemane. That’s when He decides regardless of what it’s going to mean – which is Him being cut off from His Father – nevertheless, He’ll submit Himself to that for us.”

Submission is a choice, and it was as real for Jesus in that garden as it is for us. Jesus, God Himself, had a choice that night. The Scriptures tell us that Jesus battled in prayer, earnestly, so fiercely that He sweated drops of blood. His battle was starting to weaken Him physically.

“It is here that Jesus starts to die. This quiet garden is the beginning of the end.” – An excerpt from Michael’s book, .

Before anyone lays a hand on Christ, He’s already bloodied from the spiritual battle to submit. It’s a reminder for us that sometimes our greatest victory comes when we choose to trust God instead of control things ourselves. It doesn’t mean that the path won’t be messy, but it does mean that God will be our defender. We can trust our Father, as Jesus did, and choose to follow His will.

“This is the ultimate time of wanting to throw it all away and nevertheless, for the joy that was before Him, because He loves you and me, He says ‘No, I will submit Myself to this.’”

Michael Card is an American Christian singer-songwriter, musician, author, and radio host from Franklin, Tennessee. He is best known for his contributions in contemporary Christian music, which couple folk-style melodies and instrumentation with lyrics that stem from intensive study of the Bible.

Featured Songs: King of Glory by Third Day; This Man by Jeremy Camp; We Fall Down by Steven Curtis Chapman; Your Grace Abounds by Hillsong; How Can It Be by Lauren Daigle; Give Me Jesus by Danny Gokey

Good Friday : The life and legacy of Jesus

Good Friday : The sacrifice and death of Jesus

“Gethsemane doesn’t mean anything at all until you realize that was genuine anguish and suffering.” Singer-songwriter…