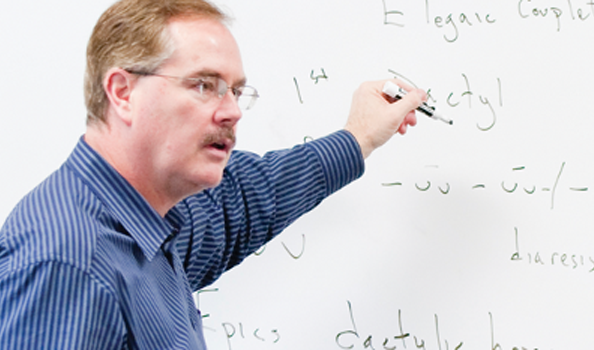 Each month we invite Bible professors from the University of Northwestern into the studio and open the phone lines for questions on the Bible, faith and the church. During this Holy Week edition of Ask the Professor we discuss the cross, the sacrifice for our sin, the resurrection, and your questions with Professors Ian Hewitson and Brad Sickler. Listen as we tackle these topics from your phone calls and emails:

Why is it called Maundy Thursday?
This comes from the Latin word ‘mandatum’ which means “commandment”; at the Last Supper, Jesus gave His followers a new commandment – love one another.

Are the ‘gifts of the Spirit’ for today?

Why did Judas need to kiss Jesus to signal the Roman soldiers, when everyone already knew who He was?
Professor Sickler points out that this was the time before streetlights – the soldiers may have seen Jesus in Jerusalem from time to time in the daylight, but they wouldn’t have been able to identify Him in the dark, in a garden, surrounded by several other men. Since the New Testament urges believers to greet one another “with a holy kiss,” this type of affection heightens the betrayal of Judas even further.

Will we know each other in heaven?

“My teenage daughter struggles with the concept of creation vs. evolution. What texts can I point her to that will encourage her? Can both science and Scripture be right?”
In Professor Sickler’s words, “All things were created by God; the mechanics and timeline can never override the conviction that God created it.”

There is harmony between science and Christianity, but it is often a matter of how to interpret the evidence in front of us. Christians don’t need to fear debate about creation of the universe and the similarities between humans and primates. (Here is a link to our recent conversation with Dr. Stephen Meyer on creation-evolution.)

Does the Bible mention anything about aliens?